It's been one of those weeks. Thus, the radio silence. I posted a bunch of pics of our camping trip from last weekend but thought better of it after since there were faces of friends in them. Best to keep this blog more centered and sort of anonymous. Though many of my fans come from Facebook and know who I speak of in this blog, it's better not to reveal much as I get pretty damn personal here. Here's a repost some of the pics: (It rained most of the weekend but we had a blast nonetheless!) 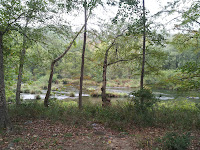 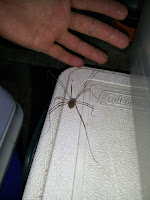 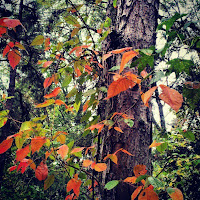 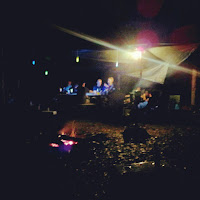 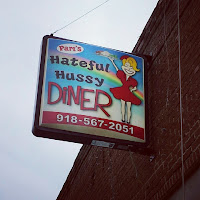 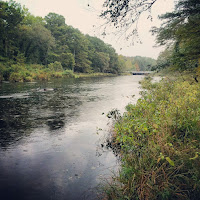 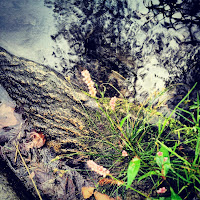 Tuesday would have been my 13th anniversary, had I remained married. I spent most of the day in a dark funk, letting all the demons and Lindsey run rampant on me. My insecurities about my abilities, my body and my worth as the half in a relationship really ate at me, leaving big holes in my heart. The only thing I regret about leaving is that I caused "A" a great deal of unintentional hurt. (Told ya it was personal.) Luckily, we've been talking more and trying to stay on an even keel as co-parents. I still love him in a lot of ways as he's a good man and deserves much happiness. There. How's that for getting the sappy out of the way?

Topping that off with the Major having an insane schedule this week with training missions and barely seeing him unless he's asleep. He left again at 0200. It'll be nice for us to go on vacay soon to see some dear friends up north. We finally had a date night yesterday and I HIGHLY recommend you see Looper with Joseph Gordon-Levitt and Bruce Willis. Blew my mind to pieces!

Sorry for the pity party and the bare bones post. It'll have to do, lovely readers. Thanks to new follows in the Netherlands and Taiwan. :)
Posted by featherthumper at 10:17 AM